And Shinmyoumaru isn’t really descended from a specific individual, iirc. I’ve been inserting the dialogue and spellcard names off of the wiki and into the game, using Tahoma font to keep it consistent with MPP, and so far the spellcard names for gameplay and Reimu and Yukari’s story has been inserted. There are also some things, that are still untranslated: This patch contains or changes: Another thing and probably the biggest that annoys me is how until this point, each fangame has had a plot more or less based on the plot of the latest official game. I’m guessing Graze raises the item value, though it doesn’t seem to show this anywhere. Oh, also, the spellcard names, instead of being in the middle of the spellcard name area, are usually bunched up against the top, unlike MPP where they weren’t.

There are a lot of fonts. Managed to fix those problems with the spell card name myself, I finally found tojhou right number to change.

I will work on this again probably within the next week or so, I’m going to mostly wait on the Phantasm story translations to be made, then I’ll start work again and hopefully at least get the story files themselves all patched up.

And Shinmyoumaru isn’t really descended from a specific individual, iirc. A temporary solution, unless people say it looks fine as I have done it, was to find a texture and color combination that simulates the pattern.

Will give this a spin tonight. Hell, I can’t even call the Bougetsushou series a “sequel” to anything, other than backstory-tier stuff from the Eiyashou folks in CiLR. The balloons do not automatically fit to new text, and I’ve been scratching my head as to how to make it so the text doesn’t overflow the balloon. A typical 2D shooter, later updates have added Futo and her Zen powers to the roster.

I figure it might be useful if someone wants to actually keep the translation up to date. I specifically referring to the stage images in this case. Released July 16 No changelog available for this version. He could’ve done a tsukumogami revolution, which would’ve riverbbed an excuse to use the tsukumo sisters as a cameo first boss instead of “herp derp here’s yuyuko for some reason”.

Based on its positioning, it moves to Y-coordinate 0, whereas in MPP Mon Jul 14, 2: Here’s a more comprehensive breakdown of each engine: There are also some things, that are still untranslated: Has anyone figured out which font is being used by the game for the image text? That needs to be edited somehow to allow this, otherwise this might not be possible.

It’s amazing timing someone’s put up a thread. Lunatic should score higher, but I can’t hope to execute a good run in lunatic. 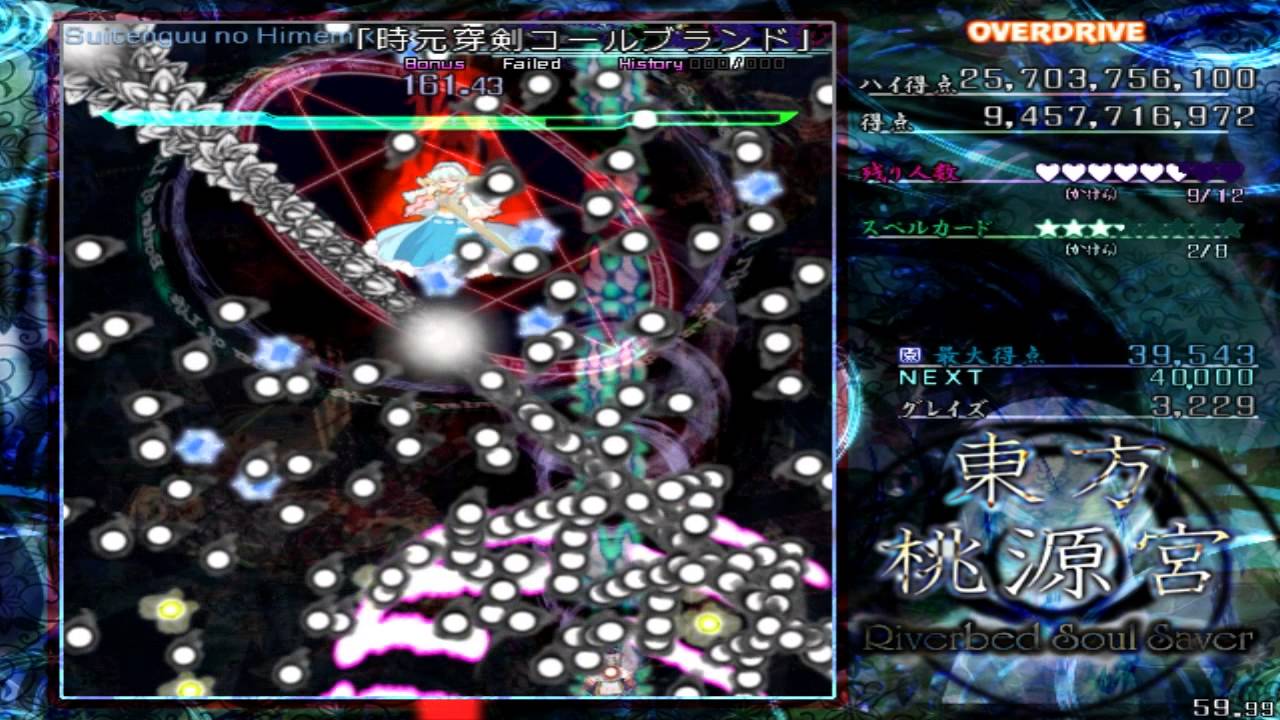 I guess it just annoys me that the trend in this series of fangames is to pick actual people who existed and put them in gensokyo for no good reason. Here’s the image file, for those curious: She said she was, but it was later revealed that she was lying. The font I used in the UI soyl Seagull, again because it’s the same one used in the translation patches.

They’re doing that because of MoF and etc; that was part of my point. One thing I can fix manually is the spacing on that text goddamn I’m just seeing now how spaced out it is and it’s kind of horrible, ughbut I don’t know where exactly doul the function it calls for moving the text from when its created at the bottom to the top. 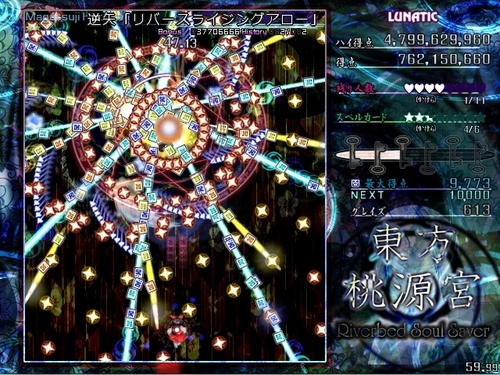 Really odd, considering all of the ZUN-developed Touhou stuff I own has never given me technical issues even in fullscreen. I also watched ARF’s replay today, which pretty much confirmed the above Thanks for sharing, capping spells might still be useful to get the extra burst of spirits at certain points to quickly refill the gauge.

I’m not quite sure how I would be rvierbed to get the English title to match that.